It's high time to formally introduce our Battery Grinspector, a device that converts a Version 2 Cycle Analyst into a full computer controlled battery test station. Here is a nice video that Bruno made while we had a prototype to show at the Taipei Cycle Show earlier this year:

This is our first foray into products aimed at shops and businesses that have to maintain and service electric bicycles rather than to ebike end users. As more and more ebike shops open up, there's an increasing need for ebike specific diagnostic and repair tools. We hope it finds a small but growing audience!

Over the years we've built all kinds of custom battery discharge testing rigs for the troubleshooting, QC, and R&D needs of our operation. But each has been very much a one-off project, rather than something designed with the idea that we could manufacture it as a product. The one on the left is Justin's very first battery charge/discharge machine built for conditioning and testing salvaged NiMH batteries for his first ebike project at university, while on the right was a comprehensive labview controlled solution that would cycle test 8 packs at a time. 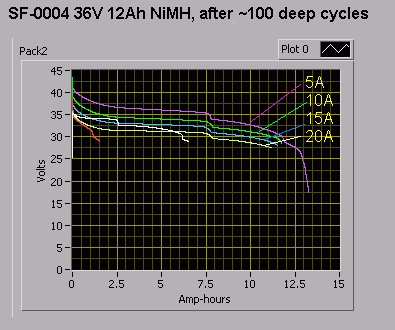 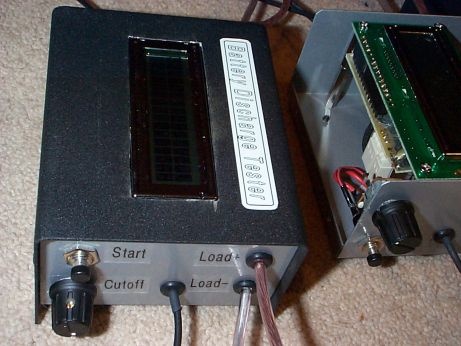 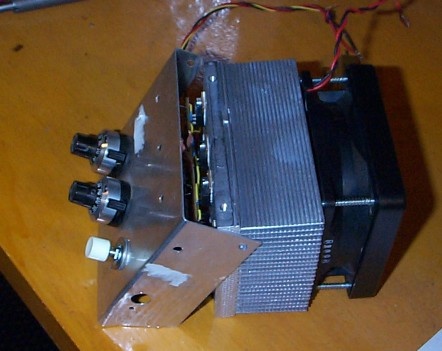 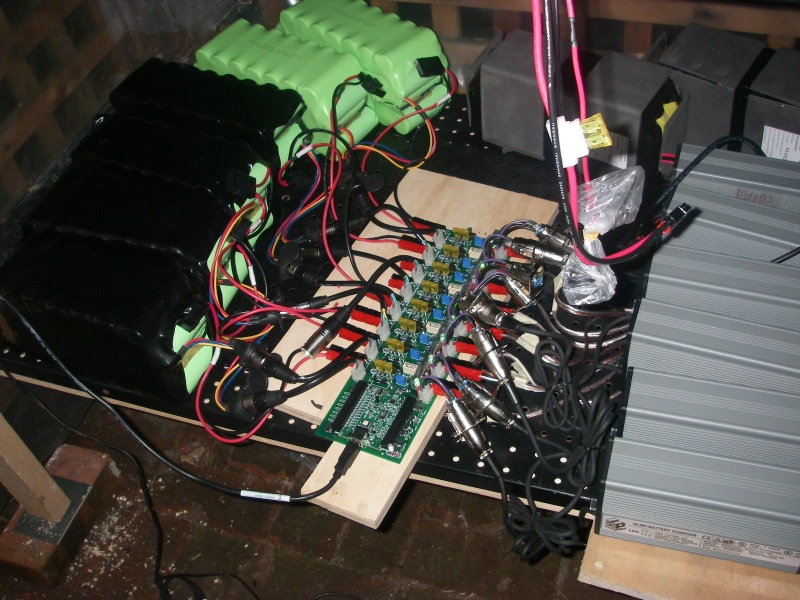 Commercial equipment available on the market for testing batteries tends to be bulky and expensive, made for laboratory or industrial use and wholly out of place in a bike shop. As a result, we noticed many of our dealers have setup simple improvised rigs using a Cycle Analyst and load resistor to do a simple battery capacity test.

The Grinspector station builds on this concept, allowing allowing shops to use their familiar Cycle Analyst while a computer is able to control the charging and discharging of the battery, with real time discharge graphs as well as a final printable QC report. Everytime someone purchases a battery from us, they get a printout of the battery discharge curve showing actual capacity and other test data. That's our own bank of Grinspectors at work, and we hope to empower other shops to do the same.

Over the last few months we've quietly slipped a number of other small improvements to our website. For instance, from the spoke calculator page you can now directly add spokes to your cart from the calculator, no need to write down lengths and navigate back to the online store.

Similarly, when you are shopping for the conversion kits, the simulator link on the bottom will launch the motor simulator page with the correct motor, controller, wheel size etc. already pre-selected.

And if you have individual motors, controllers, batteries etc. in your shopping cart, then you can launch a local instance of the simulator tool from inside the cart to see exactly the performance of these items and how they work together.

The simulator improvements have only kept continuing since the September update. There's now the ability to model custom motors, to set a controller for a torque or amps throttle, and to have the throttle automatically adjust itself based on where you click the graph. Read the updated FAQ section and have fun.

Much of this work and the associated tools for motor thermal analysis was possible with the help of our summer software coop students from SFU and UBC; Stefan, Gary, and Adam. It's long overdue we gave them a big public thanks for their fine contributions.

Hope that everyone is having a great labour day long weekend. This past month we've wrapped up signficicant batch of upgrades and new features to our online hub motor simulator. This list includes 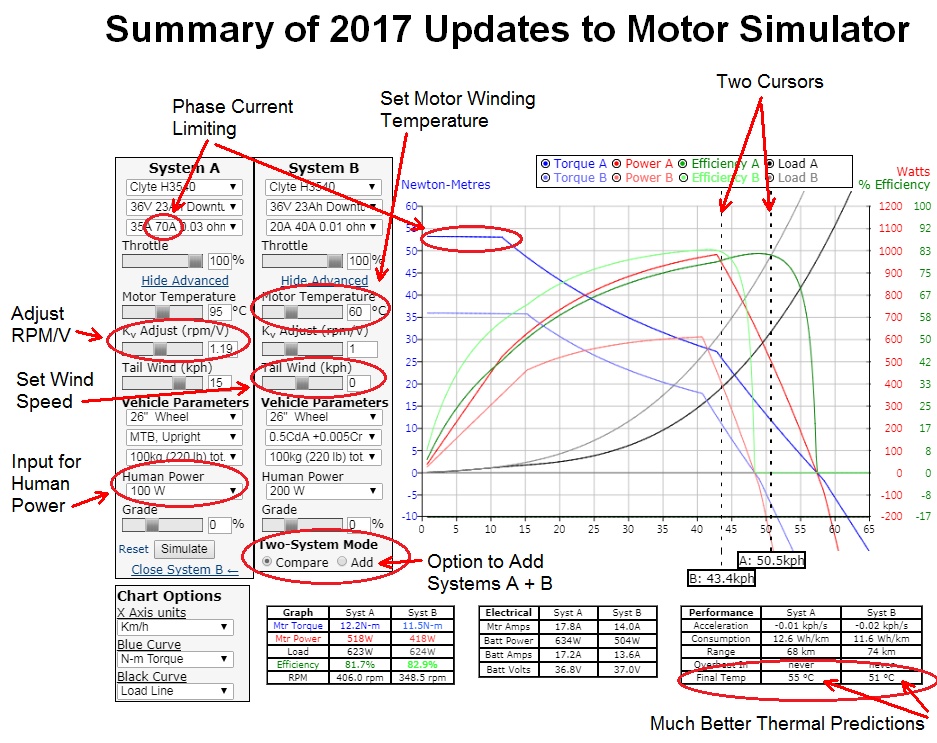 One of the common sources of fitting issues with conversion kits is interference between the throttle and existing lever shifters on the bike. We have two new throttle options that help things on this front. The T-Lever throttle fits equally well on both the left and right side of the handlebar for maximum install flexibility and is ~2mm smaller in diameter than our previous thumb throttles. And the T-HTwist_Slim throttle is a split grip throttle with an impressive 36 mm max diameter (vs 45-50mm with other common models), allowing it to replace almost any right side grip without concern for shift lever interference. It has a standard handlebar grip diameter right to the end. 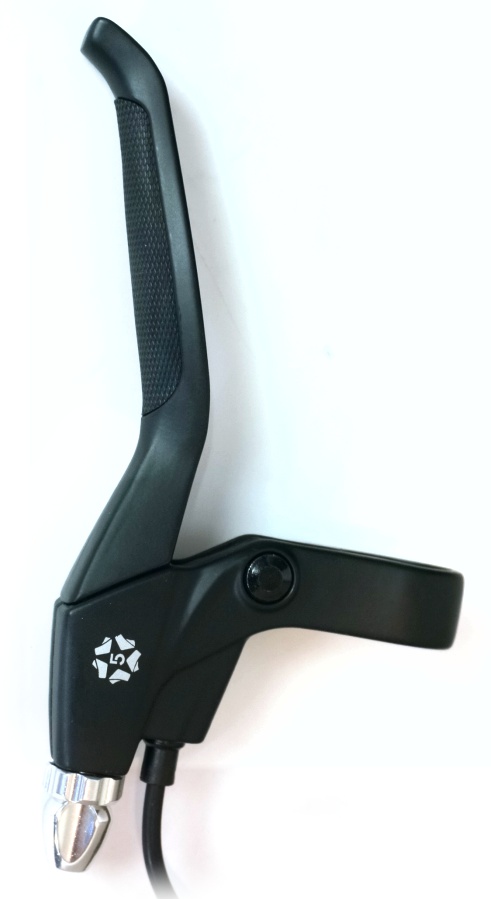 We've similarly upgraded our basic mechanical ebrake option to a sturdier model with a longer black lever arm and rubber grip in the front. Both this and our previous silver model are all metal construction, but the new black one is better suited to the quality standards that we'd like associated with our offerings. Our remaining stock of the previous model of ebrakes and throttles are available for sale on our new sale/clearance page.

We've spent 10 years of determined effort keeping all of our kits, controllers, and motors interchangeable and standardized around the same 3-pin Anderson and 5-pin JST hall connectors, but we're moving on! At this point, most manfufacturers of small ebike motors have adopted the overmolded 9-pin Higo Z910A plug as a default connector type, and rather than always cutting this off and replacing with andersons we've decided to roll with it and make our smaller 20A Grinfineon Controllers directly compatible.

The extra 6th signal wire is used in geared motor setups for an internal wheel speed sensor that is present in many geared hubs, allowing you to get vehicle speed info from a simple CA-DP device rather than needing a separate speedometer sensor and spoke magnet with the CA-DPS. In our small direct drive motors, we've used this 6th wire for the internal motor temperature sensor that is brought out of the controller assembly, so that you can still take advantage of the CA3's temperature sensing and thermal rollback, all with just a single connector and wire to the motor.

There are downsides to an overmolded plug. You can't measure hall sensor voltages for troubleshooting when it is plugged in, swap phase wires around, or separate the halls from the phase wires to run it sensorless. And replacing damaged connectors is not easy. But for low to medium power ebikes the benefits of this clean single plug are worth it. We have all of our Bafang G01 and Brompton SAW20 motor kits in stock now using this Z910A plug style. And in unusual form, we even finished the user manuals in time for this announcement too. 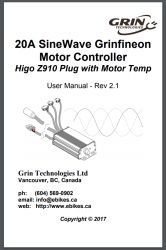 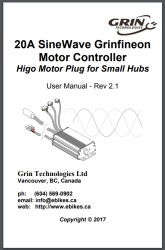 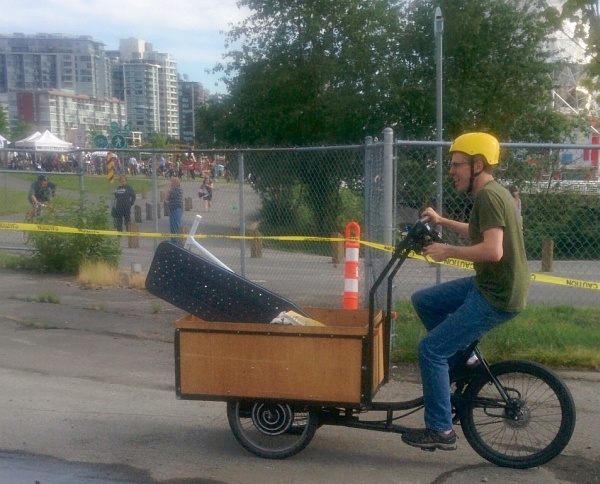 Well we managed to have the most crashes in one ride during the cargo bike championships last friday; tip for future events, 2 wheels is better than 3 for fast cornering! Anyways this coming weekend is also packed with with activity, and that includes Grin having a booth both at the inaugural Main Street Bike Expo on Saturday June 10th, and also both Saturday and Sunday at the Vancouver Mini Maker Faire.

At the main street bike expo we'll have a good sampling of converted cargo ebikes, converted Bike Friday and Brompton folders, and some more typical converted commuters on display as well. If you want to learn about retrofits firsthand from us and also check out many other players in the local Vancouver cycling scene all under one roof then this is an event not to miss. It is happeng at the Ellis building on Main St. from 11am - 6pm. 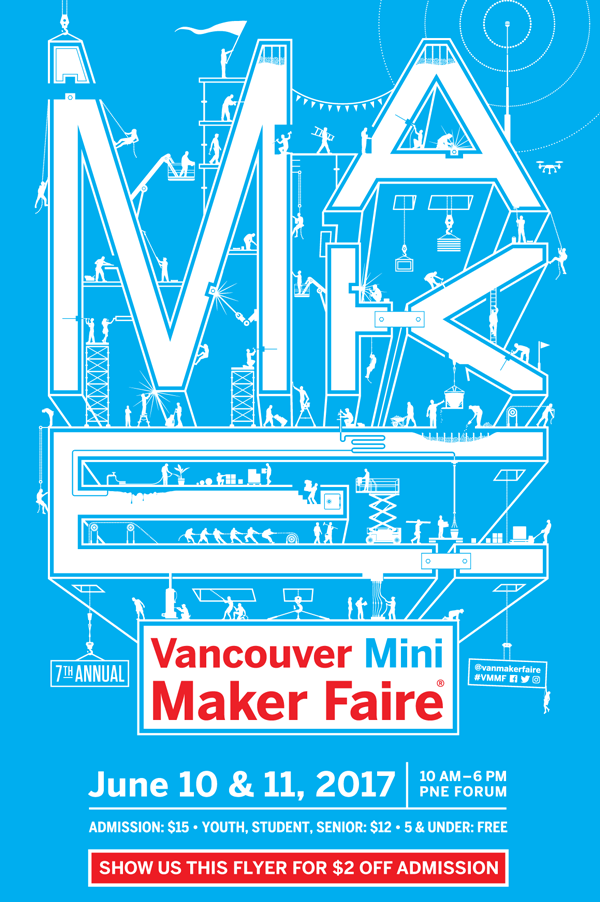 Secondly, as is traditional for our Maker Faire presence we've built yet another version of our weight sensing electric longboard. This one is very close to hitting all the marks for an electric skateboard conversion kit using our hands free lean control, including suspension trucks and a ruggedized miniature deck mounted CA. If you want a taste ride on this board in an event full of other creative DIY projects then get your Maker Faire tickets now. 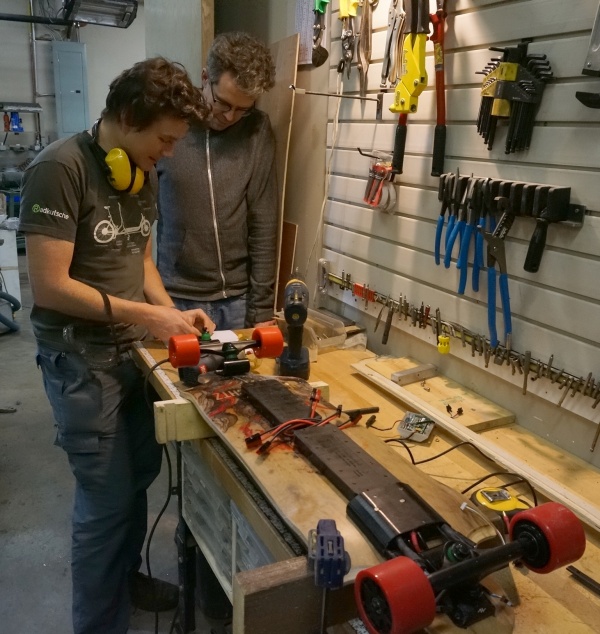 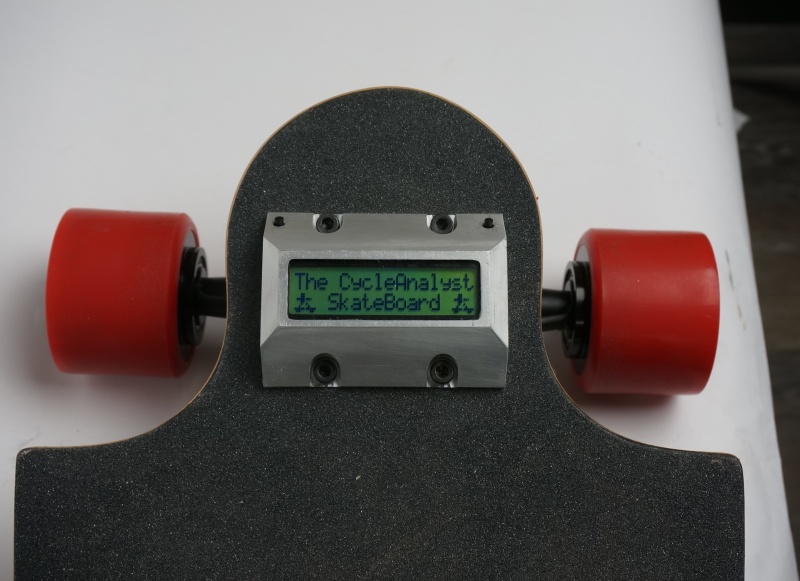 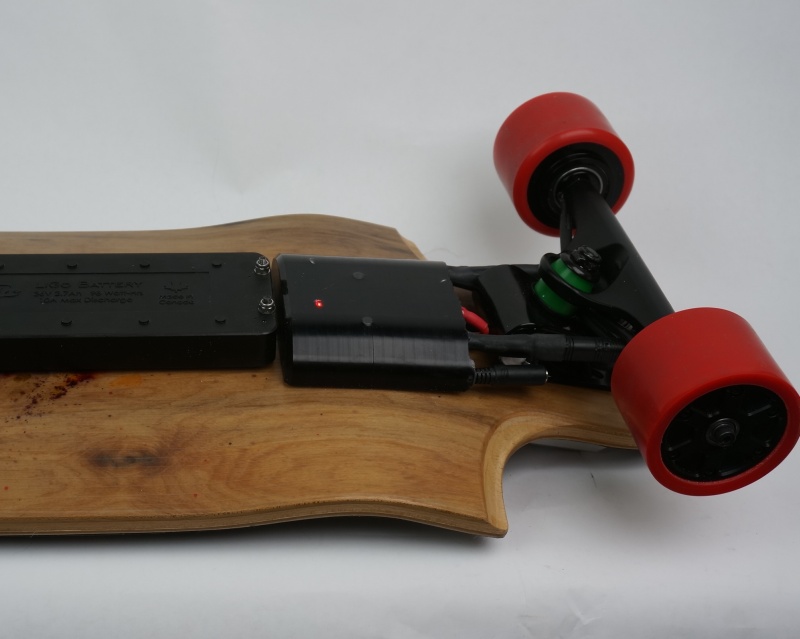 After missing the beat last year we're back to being involved with now the 3rd annual Vancouver Cargo Bike championship this Friday. It's happening once again at the end of Bike to Work Week at Creekside park, only this year there's a dedicated track so less dodging of pedestrians around the seawall bike path.

It's not too late to register and we'll be sponsoring a prize of a $150 (or 15% off an order) gift certificate for anything at Grin to a winner in the e-cargo category. We hope to see many of our customers there and if you've been considering a cargo ebike yourself this would be a great event to check out. We'll be racing our legendary Frankentrike and as always we have a fondness for the homemade and wacky. 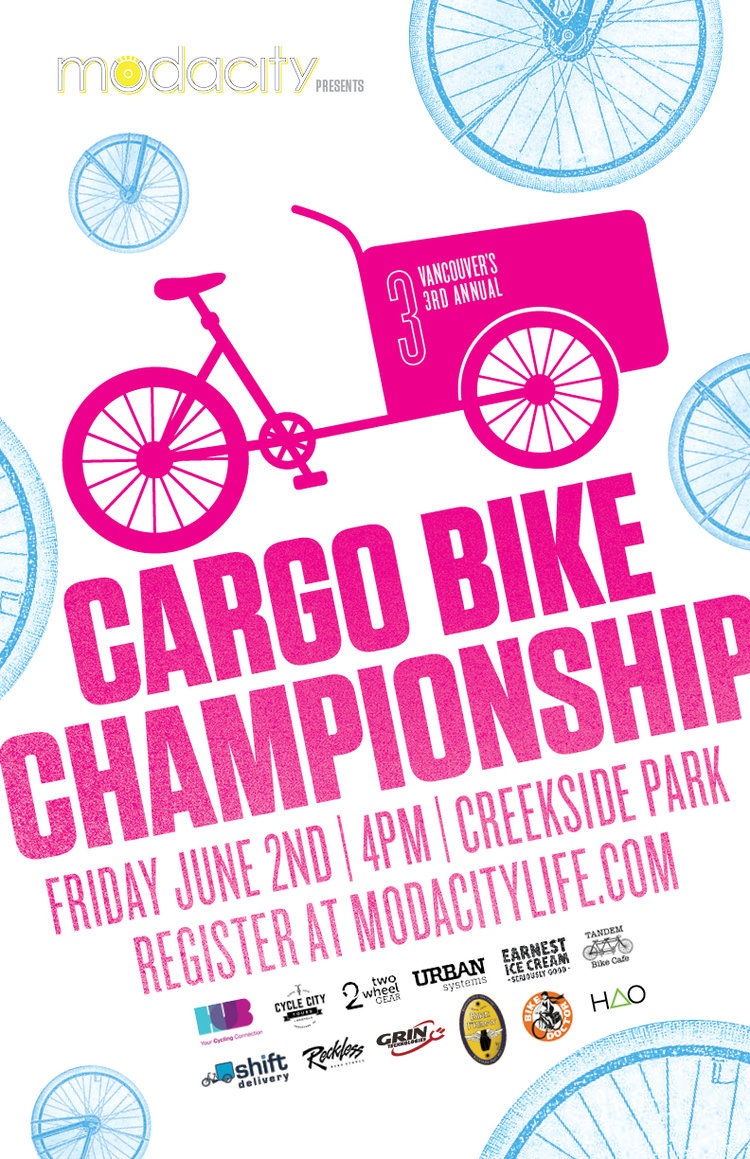 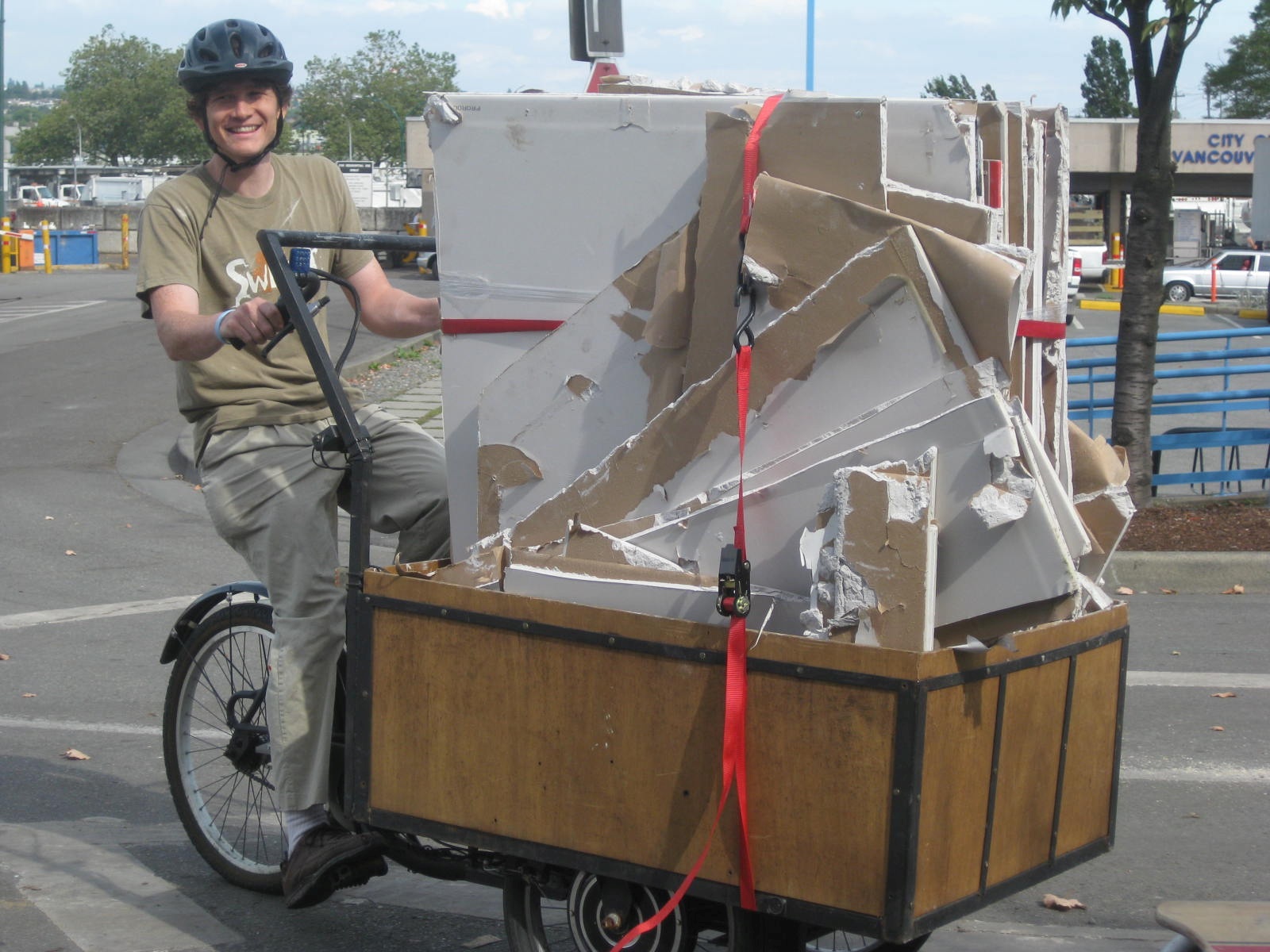 Hydraulic Stopping Power in your Hands 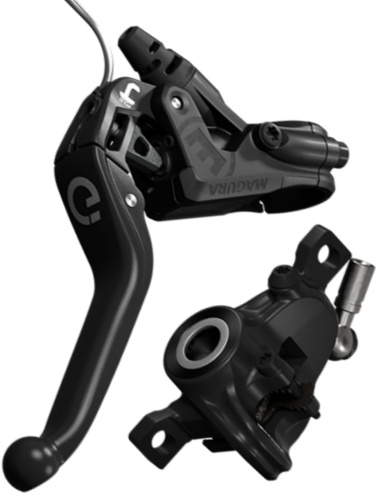 We've been able to add the powerful Magura MT4e hydraulic brake system to our offering of ebike kit accessories. This provides amazing hydraulic stopping power when you need it, with a built-in switch on the lever arm to activate regen or controller cutout.

If you already have hydraulic brakes then the TripWire is a great way to add electric cutoffs to your existing levers. But for those looking to upgrade their ebike from mechanical brakes to hydraulic or building up a new conversion from scratch, these Magura's are among the best.

The brake levers are a symmetric flip-flop design so the same lever works equally well on the left or right handlebar, and come fully bled with 2200mm long hoses. Magura has designed them so that you can then cut the hose to length without the complicated bleeding step if you follow their instructions (See Video Here). The hardware for cutting the hose to length is included with each kit.

We've got them stocked with 180mm disk rotors and various frame caliper adapters to fit this rotor size. For the electrical termination you can choose between a 15cm cable with 2-pin HiGo plug or a longer cable with JST-SM connectors for setups running a V3 Cycle Analyst.

Ebike parts tend to be lag the standards used in the modern bike industry by several years but we do our best to move things forwards. Recently the 650b aka 27.5" wheel size has largely replaced 26" as the standard for new mountain bikes, but hub motors in 650b rims have been nearly impossible to find. 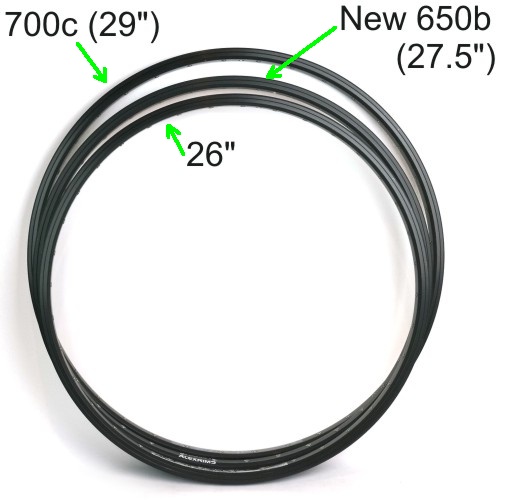 We've addressed this and now have our front and rear eZee kits available in a prebuilt 27.5" option with a Schwalbe Big Ben tire. We also have stock of both Alex DM24 and and Velocity Cliffhanger rims. We can now offer a 27.5" size for the 9C+ kits, Bafang G01 kits, TDCM IGH kits, and other custom wheel builds. This addition will ensure that Grin has a drop-in hub motor option for all the newer bikes out there.

Cycle Analyst 3.1 Firmware, Time to Get Onboard

We're new stepping closer to the full release of the V3.1 Cycle Analyst firmware and are smoothing the upgrade process. The Cycle Analyst software suite has been updated to contain the latest 3.1b20 firmware. This latest build is available for Windows, Linux, and Mac. And if you are missing the USB->TTL programming cable, we have that now available on the amazon store too, along along with the digital aux buttons.

Earlier this year we produced a video showcasing the new digital aux input buttons, and have now prepared 4 more short youtube videos highlighting some of the other new features available in the 3.1 firmware, from screen customization to factory resets. Have a look