After heroic efforts by the team here Grin is now operating out of our new 14,000 square foot facility on Odlum Drive.  Basic orders are being shipped out again and more complex kits and wheelbuilds should start moving the first week of February.

All About Regen on an Ebike 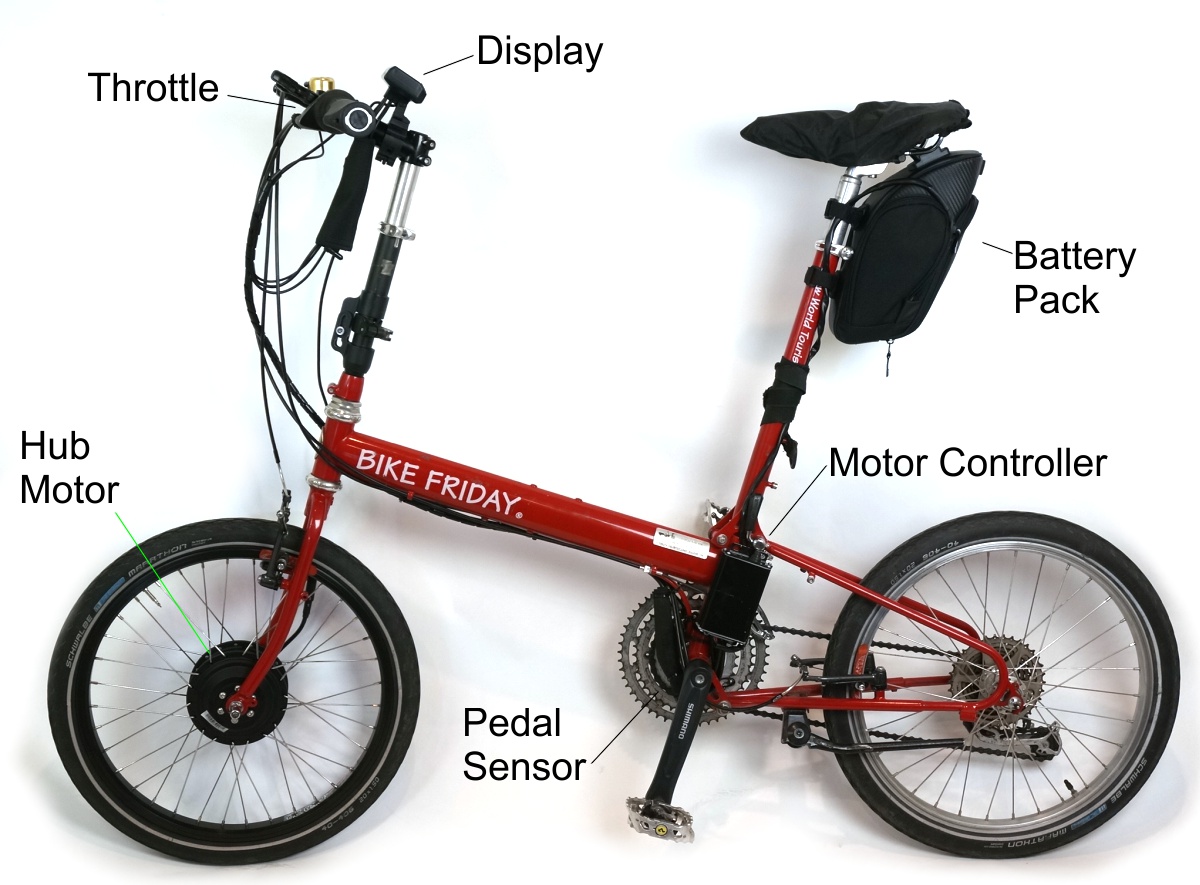 There are few topics that are more misunderstood and mis-represented than regenerative braking and we'll try to set the record straight here.

Regenerative braking means using the electric motor as a brake to slow down a vehicle, and is one of the very unique features of electric propulsion. It not only provides a zero maintance and perfectly consistent braking force in all weather conditions, it also captures this braking energy and puts it back into the battery pack, rather than burning it all off as heat. This not only increases your range, it also encourages safer riding habits as you know energy isn't being wasted every time you use the brakes.

In principle regen is available on any system with a direct drive hub motor or a geared hub motor that doesn't freewheel (like the GMAC). However, it does require a motor controller that supports regen, and many budget controllers either don't or don't support it very well. That may be one of the reasons that regen isn't widely appreciated in the ebike scene and is often even dismissed outright.

For us, regen has been one of the most alluring aspects of ebikes from our earliest days building prototypes out at UBC, and understanding regen was one of our main motivations for making what later became the Cycle Analyst.

How is Regen Activated?

In order engage regen, the motor controller needs some type of signal telling it that the rider wants to brake. Depending on the signal type, this can result either in a fixed braking force, or a proportional force that can be modulated in intensity.

Regen with a V3 Cycle Analyst

The most common approach is mode 2, with an ebrake lever on the opposite side of the handlebar as the throttle. The ebrake lever is squeezed to activate a baseline regen intensity as set by the Brake_Out voltage, and then the throttle is used to increase this intensity. There are built in delays in the event that the brake is released while the throttle is still held down. Another approach is to enabled regen speed limiting and have one of the digital or analog auxiliary inputs control the speed of the vehicle. This is like mode 5, but with the added benefit that you can freely adjust this regen speed while you are riding, and you can come to a complete stop by gradually dialing the speed to zero.

You will also get braking force from the motor and current flowing into the battery pack whenever the bike is moving faster than the unloaded speed of the motor. This happens whether you want it to or not because the mosfets in the motor controller have body diodes can't help but conduct current when the back-emf voltage of the motor exceeds the battery voltage.

This can be used as a deliberate feature to create an ebike that naturally governs its top speed. It can also be annoying to people who want the ability to coast super fast on a downhill stretch without the motor hindering their speed, but who don't need the motor to power them very fast. That scenario can be addressed with our Phaserunner or Baserunner controllers via field weakening to increase the effective unloaded motor rpm.

Is it Worth It?