NOTICE: We Are Closed for Moving
January 18th - 24th
See Blog for Details

Our big migration is moving along like clockwork, and we look forward to easing back into normal business by the end of next week.

With the normalization of Nickel prices and the desire for larger and large capacity batteries, we decided to resume carrying the popular and dependable 2D NiMH battery packs from Nexcell. Our order was placed in September and has been delayed several times but is expected to arrive either in late December or early January.

January Update - The shipment has arrived. Please see the store site for the selection of 24V and 36V 18Ah NiMH packs, as well as the 36V and 48V 13Ah batteries. 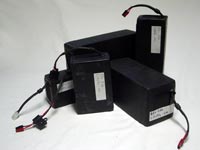 There is no end of discussion in the electric vehicle world about recent innovations in lithium iron phosphate (LiFePO4) battery technology. The promises of charge cycles measured in the thousands, high inherent safety, and general tolerance to abuse are appealing. Indeed many of our customers have been running their ebikes off A123 cells pulled from DeWalt packs and similar.

Unfortunately most of the larger capacity LiFePO4 batteries from China are poorly built, with tangles of wires and low C-rate performance. However, there is one manufacturer we have been beta testing for the past 2 months that actually delivers, with 4C discharge currents and tidy and robust pack builds. We placed a large order for these in early Oct 2007 and are expecting arrival in January Feb 20th 2008. Price will be approximately $900 for 48V 12Ah, and $700 for 36V 12Ah. 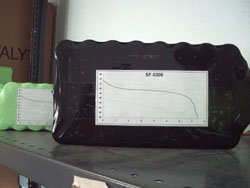 After a summer of being in low on batteries, we finally we have some new batteries to announce, just in time for... uh, Hallowe'en? Well, better late than never. The raw material costs have somewhat stabilized again, so we've been able to order additional high-rate NiCad batteries along with a few lithium orders that are scheduled for intensive testing in a (not so) secret laboratory here in Vancouver. Additionally, batteries from our older shipments are to be sold at discounted prices to clear out our old stock - check our battery sale page for details.

Engineering diagrams for all of our motors, as well as the pinouts of the connectorsthat we use. Additionally, clicking on any controller picture will show you exactly what to expect so that there are no surprises. The work on the web site has been of glacial speed of late, but if tonight is any indication, much more content will be added in coming weeks.

We are so not out of stock! 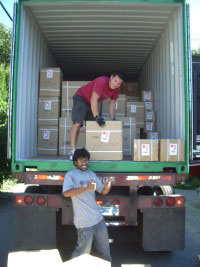 The big summer shipment from Crystalyte has finally been delivered. A container was dropped off with more hub motors, controllers, and accessories than we can possibly fit in the little store. Update: The store got bigger. Problem solved. 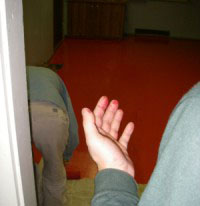 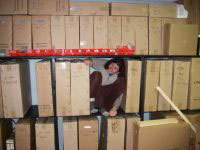 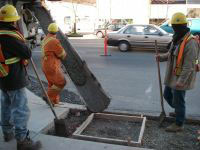 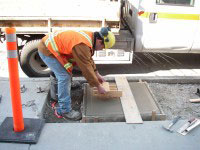 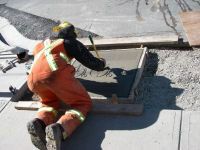 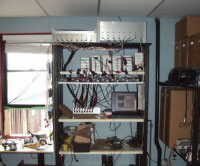 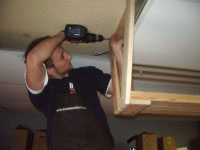